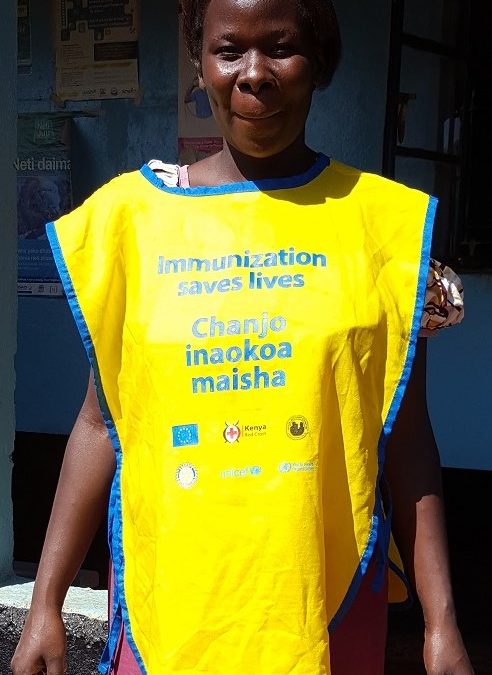 World Immunisation Week is a yearly global health campaign to raise public awareness of how immunisation saves lives and supports people everywhere to get the vaccinations needed against deadly diseases for themselves and their children.

We’ve been really fortunate at our Health Clinic in the Buburi Community because we have recently been able to start offering immunisations and vaccines. This is because we have acquired a special ‘vaccine only’ fridge in which to store them. The real benefit of this fridge is that it has a gas backup so that when the frequent power cuts happen the cold chain can be maintained and the vaccines are stored safely.

During the first week of April this year, Buburi Clinic took part in Kenya’s National Polio Immunisation Campaign offering free Polio vaccines to children. Kenya is hoping to eradicate Polio and other preventable diseases completely by 2030 in line with the ‘Improving Health’ World Health Organisation (WHO) sustainable development goal.

We are sure many of you know how vital it is to protect children and the wider populations from serious infectious diseases. If vaccination rates are high then “herd immunity” develops, protecting communities. Immunisation can protect against 25 different infectious agents or diseases from infancy to old age including infections such as diphtheria, measles, pertusis, polio and tetanus. WHO estimates immunisation currently averts 2-3 million deaths every year.

At Buburi Health Clinic we’re working hard to ensure our local population isn’t missig out on these vital immunisations that save so many lives.

The Photo is of Rachel, a Nurse / Midwife at Buburi Clinic, in her polio campaign bib April 2017.